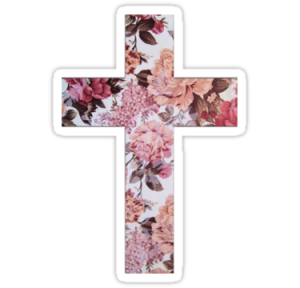 Mary Louise (Mary Lou) Massaroni, 87, passed away peacefully on April 23, 2020 with her loving family at her side.

Born in Schenectady, New York on June 26, 1932, Mary Lou was the daughter of the late Carmen Caprarulo and Mary Caprarulo Andreine.  After graduating from Nott Terrace High School in 1950, Mary Lou married her husband of 63 years, Robert (Bob) Joseph Massaroni on May 18, 1952.

Mary Lou gained her lifelong strength and resilience as a young child when, at just five years old, she lost her Dad and two younger brothers during the tuberculosis epidemic. Mary Lou was also quarantined for nearly two years with her grandparents while her Mom recovered from her illness.  Despite her 5 foot size, she went on to star on her high school's basketball team, the Blue Bloomers.

Mary Lou raised four children and enjoyed being surrounded by family and friends for holidays, Sunday dinners and many other special events.  The light of her life were her six grandchildren and the joy they brought keeping her busy with lots of love, noise and laughter.  In her last few years, she was especially endeared with her three precious great-grandchildren.

Mary Lou worked for a number of years for the National Association of Letter Carriers and volunteered at Proctors Theatre's Gift Centre and Our Lady of Mount Carmel's Senior Center, making many new friends along the way.  She truly enjoyed her friends near and far, especially those who together with her were dubbed the "Golden Girls":  Santina (Zibby) Massaroni, Laura Disco and Mary Valletta.   After her husband Bob passed, Mary Lou moved to Kingsway Village apartments, a setting that she loved and where she quickly became close to many new friends, particularly Gloria Leschen, relishing in her dinner table group and playing Rummikub and other group activities.

A memorial service will be held at a later date.   Mary Lou will be interred with her husband and son after a private service at Most Holy Redeemer Cemetery, Troy Schenectady Road, Niskayuna, NY.

The family would like to thank Dr. Robert Donohue for his incredible care and professionalism and the staff at Kingsway Arms Nursing Home, Bellevue B wing, especially Tara, Jackie, Robbin and Carol, and all of the other nurses and aides for their extraordinary care and compassion.

To send flowers to the family or plant a tree in memory of Mary Lou (Caprarulo) Massaroni, please visit our floral store.

You can still show your support by sending flowers directly to the family, or by planting a memorial tree in the memory of Mary Lou (Caprarulo) Massaroni
Share a memory
© 2020 DeMarco-Stone Funeral Home Inc.. All Rights Reserved. Funeral Home website by CFS & TA