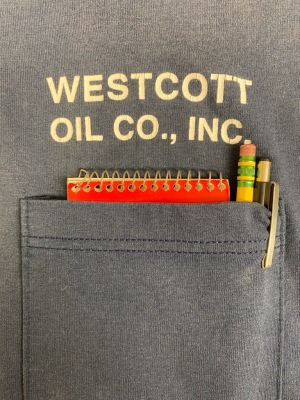 He attended Draper High School before starting his career, at the age of 16, working and eventually owning Westcott Oil Co. Inc., a 4th generation family business dedicated to serving the Capital District and beyond. His customers became his friends who he in turn treated like his family. He was always reliable in his work and would go out to help anyone who called at any time of the day or night. Throughout his life, he was an active volunteer, for over 50 years, with the Pine Grove Fire Department in Rotterdam, and a member of the Rotterdam Elks.

Bill enjoyed fishing, hunting, and a Sunday drive any day of the week. He particularly enjoyed a good cup of coffee and pastries with family and friends Camp at Saratoga Lake was near and dear to Bill and held many memories for his beloved family, friends and neighbors. He was known for completing projects while thinking up the next project to take on. In his later years he was easily recognized driving on the local roads for his leisurely speed.

Calling hours will be held on Thursday, May 5, 2022 from 5pm-7pm at the DeMarco-Stone Funeral Home, 1605 Helderberg Ave. Rotterdam, NY. A funeral service will be held on Friday, May 6, 2022 at 10am at the funeral home. Entombment will follow at Schenectady Memorial Park in Rotterdam.

To send flowers to the family or plant a tree in memory of William Z. Olochnowicz Jr., please visit our floral store.