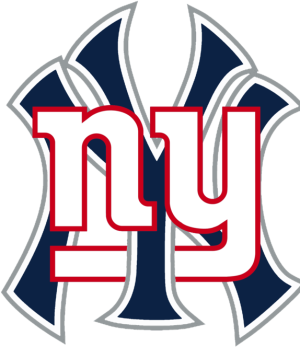 Rotterdam – Thomas ‘Tim’ J. Tegiacchi, Sr., 86, of Rotterdam died peacefully on Saturday, November 20, five days before his 87th birthday, in the comfort of his own home in the company of his loving family.

Tim was born in Schenectady, NY on November 25, 1934, the second born son of Lorenzo Tegiacchi and Anna Parola Tegiacchi.  Tim graduated from Draper High School, where he excelled in all sports and as a trumpeter in the band.  He then enlisted in the US Army and was stationed in Japan.  Upon being honorably discharged he later received his Associates Degree from Hudson Valley Community College.  Tim’s first career was working for his brother at Capital District Drug Sundries for 40 years, servicing many mom-and-pop stores by supplying health and beauty products and other various items.  Following his first retirement, he began a 19-year career working at Carman Wine and Liquor where he was the self-proclaimed resident expert on all things wine and liquor.

Tim was a huge fan of the New York Yankees, New York Football Giants and the Siena College Saints basketball team, where he was a season ticket holder for 35 years.  He took pride in his home, especially his meticulous lawn, flower gardens and tomatoes.

The Sunday family dinners where he held court will never be the same.  The card games which followed were always entertaining as Tim had a strong distaste for losing, even to his granddaughters, and he frequently blamed ‘Dolly’ for the loss.

Tim’s family wishes to thank the many visitors who checked in on Tim during his last weeks.  We would also like to give a special thank you to the nurses and other caregivers from The Community Hospice who were there not only for him but to support us.  The warmest thank you goes to the ‘boys of summer’ from the 1980 Babe Ruth Championship team who came to visit him a week prior to his passing.  He waved them home during their championship run and they in turn will be carrying him home to his final rest.

Calling hours will be Saturday, November 27 from 9am to 11am at the DeMarco-Stone Funeral Home, 1605 Helderberg Avenue in Schenectady followed by a 12pm Mass of Christian Burial at St. Paul the Apostle Church, 2777 Albany Street in Schenectady.  Burial will be at Most Holy Redeemer Cemetery, 2501 Troy Schenectady Road in Niskayuna with military honors.

The family strongly requests that in lieu of flowers memorial remembrances be made to The Community Hospice, 445 New Karner Road, Albany, NY  12205 or The City Mission of Schenectady, PO Box 760, Schenectady, NY  12301.

To send flowers to the family or plant a tree in memory of Thomas 'Tim' J. Tegiacchi Sr., please visit our floral store.

A Memorial Tree was planted for Thomas 'Tim'