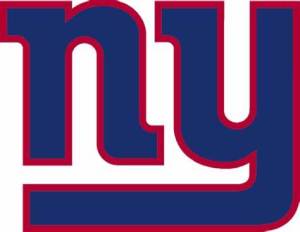 Michael R. Hennet, 67 of Guilderland, passed peacefully at his home on Monday May 11, 2020 surrounded by his loving family.

Born in Albany, Michael graduated from Guilderland High School in 1970 and then went on to attended HVCC.

At the age of 10, he began working at the family business, Robinson & Hennet Hardware. In his mid 20’s Michael took the Lead Sales position with Douglas Industrial, a fastener supplier in Watervliet.  He then went on to expand his enthusiasm for sales and connecting with people, and founded Advertising Specialties And Promotions Co., which he fondly referred to as A.S.A.P. Michael also worked for many years as the Director of Corporate Picnics at Camp Nassau. He spent the last 12 years in sales and training with Lion/BullEx, where Michael was on the demo team and proudly earned the nickname “The Hammer”, after his ability to close the deal.  He had a true passion for bringing fire safety training to emergency responders nation-wide.

Michael loved traveling, boating/camping on Lake George, skiing at Gore Mt. and spending time at his camp on Friends Lake. He was an avid NY Giants supporter, having served on the committee that brought their training camp to UAlbany. He also was a devoted Yankee fan.

Michael was predeceased by his parents, Matthew “Bud” and Helen Grant Hennet and his son Matthew Robert Hennet.

Funeral services will be private. A celebration of Michael’s life will be held at a later date.

Burial will be at Prospect Hill Cemetery.

In Michael’s memory, donations may be made to the Capital District YMCA’s Circle of Champs program, which brings joy to families who have a child with a life-threatening illness.  Mailing address is 465 New Karner Rd. Albany, 12205

To send flowers to the family or plant a tree in memory of Michael R. Hennet, please visit our floral store.