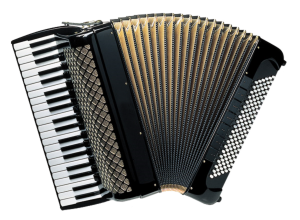 Al, affectionately known as “Hut”, was born in Schenectady to his parents, the late Dominick and Rose (Costanzo) Barone.

He graduated from Nott Terrace High School, and went on to receive a certificate in data processing from Albany Business College.

Al worked at the General Electric Company as a tool maker for 10 years before taking a position at SUNY Albany as supervisor of the registrar’s office, retiring in 1988 after 29 years of service.

Al raised his family in Rotterdam and Galway Lake during the summer months. During retirement, he and his beloved wife, Gloria loved their home in Palm Bay, Florida.

Al was an umpire for many years with the Capital District Umpires Association and was an avid bowler, bowling in several leagues throughout the area.

He was a longtime member of Elks Lodge #2157 in Rotterdam as well as the Italian American Club in Palm Bay, FL.

Above all things, Al was a dedicated father, grandfather and great grandfather, the best you could ever have. He was a very kind man that was known for frequently visiting with his friends and family particularly when they were ill or just to share a coffee and a lot of laughs. He always looked forward to his weekly phone calls with his cousins, Angelo and Tony, in Florida. To know Al was to love him and he will be deeply missed.

Al was predeceased by the love of his life, wife of 51 years, Gloria Pratt Barone, and his siblings, Carmen and Frank Barone.

Calling hours will take place on Monday from 5-7pm at the DeMarco-Stone Funeral Home, 1605 Helderberg Ave., Rotterdam. A mass of Christian burial will be celebrated on Tuesday at 10:30am at Our Lady of Mount Carmel Church, 1255 Pleasant St., Schenectady. Al’s ashes will be interred privately at St. Joseph’s Cemetery.

His family wishes to thank Al’s niece, Lori Demyer, Dr. Ayman Morgan, Natalie Hyde, and the Rotterdam-Schenectady Dialysis Center, especially Shelly, for their loving care of Al during his illness and dear friends Barbara Campolieto and Jack Lasky for their friendship and support throughout Al’s life.

To send flowers to the family or plant a tree in memory of Adolph "Al" Barone, please visit our floral store.