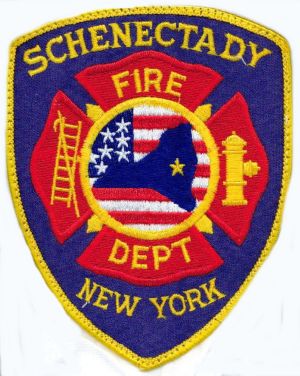 Ballston Lake – William “Bill” Ziobrowski, 77, passed away peacefully at home with his family at his side on Monday, September 20th, 2021.

Bill was born in Schenectady and grew up in Rotterdam. He was the son of the late Ernest Ziobrowski and Genevieve Tooley Ziobrowski.

A graduate of Notre Dame-Bishop Gibbons High School, Bill went on to honorably serve his country in the US Army.

He worked at General Electric, before becoming a firefighter for the City of Schenectady, a job which he loved. He retired in 1993 after 22 years of service.

Bill had a passion for baseball. He was a NY Yankees fan and coached baseball for Rotterdam Babe Ruth and also at his alma mater, Notre Dame-Bishop Gibbons. While coaching, he was known as “Coach Z.”

Bill enjoyed spending time with his family, especially taking family vacations to Wildwood Crest, NJ. He was a dedicated “Pop” and could always be found cheering on his grandkids at their ball games and recitals.

He was also an avid Hess truck collector and loved watching Hallmark movies and sitting on his screen porch with the love of his life. He loved to be surrounded by his family, always taking in all of his blessings.

Bill and his family would like to thank the staff at Albany Med, Saratoga County Hospice, and Sylvana DiLeva for their devotion to Bill's care and tremendous support for his family.

Calling hours will be held on Friday, September 24th from 9am-10:45am at St. Mary’s Church, 167 Milton Ave., Ballston Spa. A funeral mass will be celebrated at 11am. Burial with military honors will follow at Most Holy Redeemer Cemetery, Niskayuna.

In lieu of flowers, donations in Bill’s name may be made to the Schenectady Firefighters Cancer Foundation, 1242 Fourth Ave., Schenectady, NY 12303.

To send flowers to the family or plant a tree in memory of William "Bill" Ziobrowski, please visit our floral store.