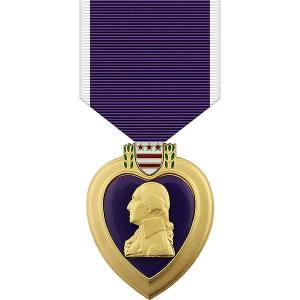 Guilderland - Robert (Bob) J Barry passed peacefully at The Brennity at Vero Beach on January 29, 2020 at the age of 89.  Born on August 15, 1930 to Peter and Veronica (Duke) Barry in Brooklyn NY, he was one of nine children.  Bob served as a tank commander in the Korean War, during which he received a purple heart.  On return from Korea he married the love of his life, Audrey Slattery in 1953, where they started a family in Lindenhurst, Long Island, NY.  His early years in construction included supervising the building of the Unisphere for the New York World’s Fair.  He moved to the Albany Area in 1965 to co-manage the upstate operations of D. Fortunato, a Long Island based contractor.  He supervised construction of numerous projects in the rapidly expanding state capitol, including the Health Center at the University of Albany, (now designated a historic site) and the Northeast Power Pool in Guilderland.  He, and his lifelong friend and business partner Mike Bette, founded their own company, Barry & Bette in 1973, which later became Barry, Bette and Led Duke in 1983.  Bob retired to spend time with his wife and family, and to finally pursue his love of golf and boating in Florida.  Everyone always felt welcome in the Barry home, where lively conversation, late night Uno games, and root beer floats could always be found.  Bob was a devout Catholic, donating his talents to build the Parish Center at St Madeleine Sophie Church, where he was a communicant.  In Florida, he was an active communicant of St Joseph’s Catholic Church in Bradenton. A man who was passionate in all he did, from family adventures in the Winnebago, supervising construction projects, golf or sailing, Bob’s company was always a welcome part of any activity.

Bob was predeceased by Audrey, his wife of 44 years, and by his son John.  He is survived by his brother Peter (Carol) Barry, daughters Deborah (Steve) Butler, Theresa (Bob) Walsh, Susan (Mark) Wickham, Kathleen (Joe) Toma and Maureen (Pete) Steciuk , and daughter-in law Kirsten Barry.  His legacy includes 17 grandchildren, 19 great grandchildren, along with 5 nieces and nephews.

A Mass of Christian Burial will be celebrated at 10 am Wednesday, February 5 at St Madeleine Sophie Church in Guilderland.  Burial, with military honors, will follow at Most Holy Redeemer Cemetery in Niskayuna.  In lieu of flowers, contributions can be made to a charity of your choice.

To send flowers to the family or plant a tree in memory of Robert J. Barry, please visit our floral store.