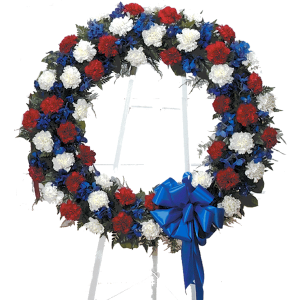 Schenectady – Richard A. Rogers, 89, passed away Sunday, January 19, 2020 at the Baptist Health & Rehabilitation Center in Scotia after a short illness.

Richard was a salesman for Margolis Brothers Wholesale Florist and New York Food Brokers.  He was the proprietor of RAR Transportation until he retired.

He was predeceased by his wife of 36 years, Jennie Rogers and his son, Richard Rogers, Jr.  He is survived by his daughter, Susan (John) Bellai and his daughter-in-law, Teri Rogers, as well as five grandchildren; Christian (Jennifer) Rogers, Derrick (MaryAnn) Rogers, David Rogers, Jennie (Michael) Bergin, Lea Bellai and his four great grandchildren Cody, Easton, Viviana and Abe.

Calling hours will be held Thursday from 9-11am at DeMarco-Stone Funeral Home, 1605 Helderberg Ave., Rotterdam.  An 11am funeral service will immediately follow.  Burial will be in St. John’s Cemetery.

To send flowers to the family or plant a tree in memory of Richard Anthony Rogers, please visit our floral store.