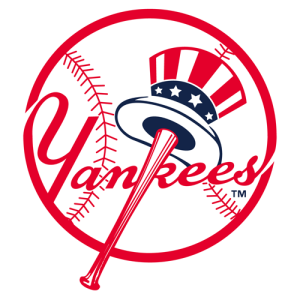 Glenville - On Monday, May 9, 2022, Richard A. Riggi, 81 of Glenville passed at Ellis Hospital after a brief illness.

Richard (Dick) was born in Schenectady, the son of the late Bernard and Angelina DeCata Riggi. He graduated from Mont Pleasant High School in 1958.

Richard had a long and rewarding career of 41 years with the Knolls Atomic Power Laboratory as a Nuclear Specialist.  He was a favorite among his co-workers, always making them laugh and telling funny stories. He made many lifelong friendships during his time at Knolls.

Richard enjoyed all things outdoors – his life was enriched participating in activities such as hiking in the Adirondacks, canoeing, bird watching, and catching sunsets.  There was not a day that went by that he didn’t enjoy an outdoor walk. This love was readily apparent if you stepped into his home, which was full of beautiful artwork of the woods, lakes and of course, loons.  He loved taking rides to explore the Northeast. He always had a map at the ready to guide us all where we needed to go, both figuratively and literally.  Dick’s main priority in life was giving to others and putting others’ happiness first. All who were blessed to have him in their lives would describe him as selfless.

He was a fan of many sports, ranging from baseball and tennis to ice skating.  His favorite team was the Yankees, and he shared that hobby with his family, watching the games on TV or venturing to Yankee Stadium. And last, but not least, Dick’s most meaningful time was that spent with his grandchildren. Whether it was sledding, biking, swimming, watching his grandson’s soccer games or just being plain silly, his impact on his grandchildren was profound and will be sorely missed.

Richard is survived by the love of his life, Mary Ann, his sons, Kevin (Danielle) Riggi of Glenmont and David (Cynthia) Riggi of Guilderland, his daughter, Jennifer Dominelli of Glenville, his sister Gloria DiBlase of Schenectady, his four beloved grandchildren, Aidan, Amelia, Clarissa and Colette, his niece Rosanna (Chris) Nolan of Clifton Park, and many loving cousins and close friends.

Entombment will follow at St. Cyril & Method Cemetery in Rotterdam.

In lieu of flowers, donations can be made to STEP (Saratoga Therapeutic Equestrian Program), a non-profit organization which was very important to Dick as its mission is to improve the lives of children with disabilities. P.O. Box 2918, Glenville, 12302.

To send flowers to the family or plant a tree in memory of Richard A. Riggi, please visit our floral store.