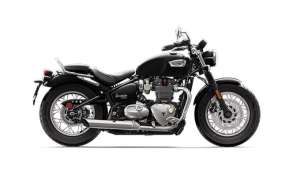 Lawrence Earl Murtagh, 69, of Rotterdam, passed away at home on January 12th, surrounded by his loving family and friends. Born in Niskayuna, Larry was the son of the late Doris and Lawrence Murtagh. He graduated from Mohonasen High School in 1968. Larry was the owner of Rotterdam Insulation for thirty years until sickness forced him to retire.

Larry left New York after high school to begin his life story, which brought him across the country as he embarked on one adventure to another. Fifty years later he was still willing to tell you all about “this one time…”. He was a natural storyteller who never faltered or lost his enthusiasm when sharing his adventures - whether it was the first or tenth time. He was a “Big Fish” who went on to enjoy many more life experiences. In 1979, he met a girl. She had six kids. What followed was a true love story that resulted in 9 children, 21 grandchildren, and too many friends and memories to count.

Larry loved children and animals. He was an empathetic soul who knew what was important in life. Material possessions were never his goal, although he was passionate about vintage cars (MGAs) and motorcycles (Triumphs). He loved camping in the Adirondacks, and fulfilled a dream of having a family cabin there.

Larry always rooted for the underdog and was ready to do whatever needed to be done, never hesitating to help others. “Just blame my mother”, he would often reply when thanked for his chivalry, instilling the same values in his children and grandchildren. Larry was a man who wrote his own rules in life. He was a good man, who will be remembered for being hardworking, kind, and above all, selfless. He will be truly missed by all that knew him.

Larry’s family would like to extend their sincere and heartfelt thanks to Dr. M.A. Hussain, as well as the rest of NYOH and the staff of Albany Medical Center for the care and compassion shown both to Larry and his family during his illness.

Calling hours will be held on Saturday, January 18, 2020 from 3 pm to 5 pm at DeMarco-Stone Funeral Home, 1605 Helderberg Ave., Schenectady, NY with a service to follow.  A burial will follow in the spring at Grove Cemetery, Delanson, NY.

Because of his love for all animals, in lieu of flowers, please donate a case of cat or dog food to the animal shelter on Maple Ave, Scotia.

To send flowers to the family or plant a tree in memory of Lawrence E. "Larry" Murtagh, please visit our floral store.