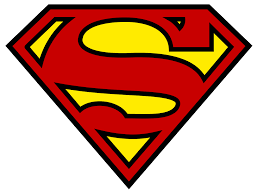 Kevin was born in Schenectady to his parents, Sandra (Pasquariello) McNulty and Michael Iacovitti.

Kevin was a graduate of Schenectady High School and while there, served as captain of his football and wrestling teams. He received a wrestling scholarship from SUNY Oneonta, where he pursued a degree in early childhood education.

Kevin currently worked, alongside his brother Michael, as a terrazzo worker for the Bricklayers Allied Craftworkers Local 1 in Maryland.

Kevin was the life of the party and the ultimate prankster. A kid at heart, children flocked to Kevin and lovingly referred to him at “Uncle Kevin.” The center of Kevin’s world was his wife, Denisia and daughter, Isabella. He was the ultimate ‘girl dad’ and provider for his family. No matter what, he worked hard to support and protect his girls. Kevin was also a faithful mama’s boy, calling his mom Sandy everyday to tell her he loved her.

Calling hours will be held on Friday from 9am-12pm at the DeMarco-Stone Funeral Home, 1605 Helderberg Ave., Rotterdam. Masks and social distancing are required. A time of remembrance will begin at 12pm and will be followed by burial at St. Cyril and Method Cemetery in Rotterdam.

To send flowers to the family or plant a tree in memory of Kevin J. Iacovitti, please visit our floral store.