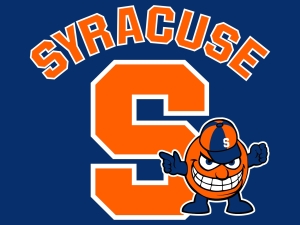 A celebration of Dick's life will be held on Saturday, September 19th, 2020 beginning at 2 PM at the Tawasentha Park pavilion in Guilderland. Military honors will take place at 3 PM. Relatives and friends are encouraged to bring a memory to share.

It is with profound sadness that the family of H. Richard (Dick) Trawick, announces his passing after a short illness on May 23, 2020 a t home surrounded by his loving and devoted family. Dick was 69.

Born in Schenectady, NY to Haywood and Helen (Kanetzky) Trawick, he was predeceased by his sisters Carol Moister, Mary Corp, and Nancy Trawick. He is survived by his adoring sister Emily Maynard (Donn);  the love of his life- his wife Sandra (Curtis) Trawick of 47 years; daughter Erin Trawick Scott (Benjamin); daughter Patricia Lindemann (Daniel); and son Daniel Trawick (Chevell). He had 4 grandchildren: Nicholas, Michael and Leah Lindemann and Grayson Scott. He is also survived by his sister-in-law  Jeanne Okpu (Bana),  and his five brothers-in-law: Jim Curtis (Kathy), Mike Curtis (Kathleen), Jeff Curtis (Tammy), Scott Curtis, and Todd Curtis (Tammy Jo), as well as numerous nieces and nephews and of course his best canine friend, Buddy.

Following his graduation from Mohonasen High School, Dick served in the United States Airforce and retired from the Federal Government after 30 years of service. Following his retirement, Dick wanted to fulfill his passion for helping those with disabilities, so he became a classroom teacher assistant for BOCES.

Dick had a way with people. He had the ability to connect with them immediately as if they were drawn to him because of his open and genuine friendliness. He always had a smile and something nice to say. Dick was also strong-willed and determined. He was not afraid to speak his mind and his fervent, passionate opinions were tempered by his deep seated moral compass. He was someone to look up to and admire and was a person a lot of people were lucky to know and love.

Dick was a NY State sports fan fanatic. In particular, he was a die-hard  Syracuse University Basketball fan; quite possibly a high level coach for the team in a prior life. He would often shout commands so loudly at the TV, it sometimes seemed as though Coach Boeheim would momentarily pause and appear to be listening to an inner voice, before proceeding to run his own play.

Dick was the kind of man who made everyone feel welcome in his presence. He was genuinely thrilled when people would come to visit at his home or his beloved camp. He always enjoyed family gatherings and wanted nothing more than to be surrounded by the people he loved most. He was much more than “like a brother” to Sandra’s siblings, he was a true brother. Indeed, he was Betty and Jim Curtis’ seventh son, being present in their lives for as long as anyone can remember.

There was never any doubt about the level of love and dedication he had for his wife, children and grandchildren. His love was unconditional. He was a man who valued traditions and was sentimental about gift giving. It was a Trawick family tradition to read greeting cards out loud, which inevitably always made Dick cry. His family had always felt very proud of his accomplishments, the greatest of which was being the best husband, father, and grandfather one could ever ask for. He truly was the best son-in-law, brother, brother-in-law, and friend. Dick was one of a kind….the best kind.

Dick was always the life of the party. To honor him, his family will be having a memorial celebration of his life at a later date to be determined.

In lieu of flowers, please consider donations to The Autism Society of the Greater Capital Region, 433 Main Street, 4th Floor, Schenectady, NY 12305 or online at asgcr.org.

To send flowers to the family or plant a tree in memory of H. Richard "Dick" Trawick, please visit our floral store.