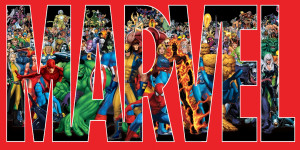 Eric was 29 years old and a lifelong resident of Schenectady. He graduated from Schenectady High School with Honors. While at SHS he started the chess club and was a Basketball team Statistician. He then earned degrees in Business from SCCC and The College of St. Rose also with Honors.  He was a dedicated member of Colleges against Cancer and worked diligently with the Relay for Life initiative every year raising thousands of dollars for a cause that he so understood. Eric’s goal was to work at a non-for-profit organization raising money for cancer.

From early childhood Eric has battled cancer. This latest bout started right after college graduation and he fought valiantly for 3 years. While he was often confronted with these unfair circumstances, Eric was able to enjoy his friends, family, and hobbies for many years. Eric was a passionate collector, EBay buyer and seller. He loved music and creating playlists for his family and friends.  He was an avid movie watcher, especially the Marvel series and he loved getting family and friends together to treat them to dinner and play games. His strength and courage were truly inspirational.

Once you met Eric, he made a lasting impression and we know that his tremendous heart, generosity, and spirit have touched many people. With all our hearts we want to thank everyone involved in Eric’s care from all the facilities he visited in the Capital District and Massachusetts. He was always treated with dignity, respect and compassion and for that we are eternally grateful.

Eric is survived by his parents, Fred and Ilene LaMalfa, his brother Jake LaMalfa, his Godparents, Frank and Toni Ann LaMalfa, his Aunt and Uncle Gary and Patricia Tobey, his Uncle David Tobey, his cousins, Cheryl Carmichael, Marty Nolan, (Jack and Lily Nolan), John Carmichael, Frank LaMalfa, Nick and Sarah LaMalfa, (Gianna, Vincenzo and Dante LaMalfa), Paul LaMalfa and many other aunts, uncles and cousins. He is predeceased by his maternal grandparents, Ernie and Goldie Tobey and Fioravante and Valentina LaMalfa and his Aunt and Uncle Francine and Bob Carmichael.

Calling hours will be on Saturday at DeMarco-Stone Funeral Home from 8:30am – 11:30am with services immediately following at the funeral home and burial at St. Joseph’s Cemetery.

In lieu of flowers, donations can be made in Eric’s memory to the American Cancer Society at www.cancer.org or by mail to American Cancer Society, P.O. Box 22478, Oklahoma City, OK 73123 or to Mass General Cancer Center in support of Dr. Edwin Choy’s sarcoma research. Gifts can be made online at https://giving.massgeneral.org/donate/ or mailed to the MGH Development Office, Attention: Keith Erickson, 125 Nashua Street, Suite 540, Boston, MA 02114. Checks can be made payable to Massachusetts General Hospital, with tribute to Eric LaMalfa on the memo line.