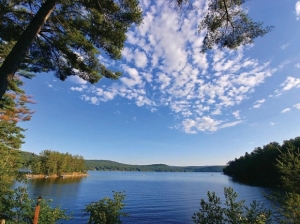 David was born in Susquehanna, PA, the son of the late Barney and Helen Domblewski Kaczkowski.

Following his graduation from UMass Lowell with a Bachelor’s degree in Mechanical Engineering, David worked for 10 years at General Electric, installing gas turbines around the world.  In early 1980 he opened Kacz’s Auto Salvage in Schenectady. He later moved the business to Colonie and was most recently located in Amsterdam.

David was devoted to his family and was a loyal friend to many. He loved to make people laugh and always had a joke to tell.

In addition to his parents, David was also predeceased by his brother, Tony Kaczkowski.

A very special thanks to our many friends for helping David’s family deal with this tragedy.

A memorial service celebrating David’s life will be held at Sacandaga Lake because that’s where David’s heart was.

To send flowers to the family or plant a tree in memory of David S. Kaczkowski, please visit our floral store.

You can still show your support by sending flowers directly to the family, or by planting a memorial tree in the memory of David S. Kaczkowski
Share a memory
© 2021 DeMarco-Stone Funeral Home Inc.. All Rights Reserved. Funeral Home website by CFS & TA | Terms of Use | Privacy Policy