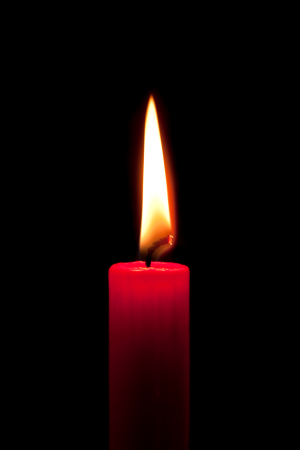 Broadalbin - Virginia A. Ward (Holz), wife and best friend of David A. Ward (Broadalbin, NY), passed away on October 30, 2019 while surrounded by her family after a long battle with Alzheimer’s Disease.  She was 80. Virginia was born on February 26, 1939, the eldest daughter of Kenneth and Bernice Holz of Rochester, NY.  Ginnie and her sisters Dolores (deceased, Rochester, NY) and Bernadette (Bainbridge Island, WA) admired her quest to learn, laugh, and love; all in equal measure.  She met David Ward at Mohawk Valley Technical Institute in 1957.   He had dark wavy hair and light eyes and she was a tall, slender, fiercely independent woman.  They married November 26, 1959 not knowing what lay ahead but committed to meeting it all together.  After the wedding, the two lived in Binghamton where they welcomed their two children, David K. (Heather; Cobleskill, NY) and Terri (Hope; Niskayuna, NY).  Soon after they moved to Knox, NY, where they built a mobile home park, worked full time careers, and went to night school.

To know Ginnie was to stand beside a force.  Her first love was learning and teaching children of all ages.  She was known to have medieval festivals in her classrooms, have students reenact historical moments, and even simulate archeological digs in an old sandy volleyball court.  She was tough, setting high expectations for herself and for her students.  She was compassionate, whether as a teacher who ensured students were safe, fed, and learning, as an administrator of the Capital Region BOCES Teen Moms Program, or as Pupil Personnel Director for Johnstown Schools. Anyone who had her as a teacher knew she was tough but fair, kind but firm. All the while she learned from others at the Hebrew School, at Roberts Real Estate, or even when she learned to water ski or joined the aerobics craze of the late 70’s. All this was documented in photographs, her favorite hobby surpassed only by reading non-fiction historical texts and research.

Before retirement she garnered awards for teaching, for skill in directing financial aid for college students, and for her commitment to so many.  She and David also traveled the world with friends and co-workers but they were most happy where they made their final home in Broadalbin, NY.  For over 30 years, the lake was her refuge and her muse. Many family reunions were held on the lawn or while the sun set in the distance over Sacandaga Lake.  Both of her granddaughters, Monica Poulson (Robert; Nebraska) and Veronica (Rochester, NY) spent many overnights with Nana and Pop. On that same beach Ginnie wrote numerous books, poems, and essays.  She also traveled between the lake and Florida, meeting up with many writer friends over the years.

The last five years of Ginnie’s life were difficult but made easier by the arrival of additional grandchildren -Karrie, Hunter, Bradley, and Everett. She even had the chance to meet Griffyn, her great grandson. Her final days were made comfortable due to the loving care of the Glendale Nursing Home Family in Glenville, NY.

Calling hours will be held at DeMarco-Stone Funeral Home, 5216 Western Turnpike, Guilderland, NY on Tuesday, November 5 from 11:00a.m.-1:00p.m. with funeral services to follow at 1:00p.m.

In lieu of flowers donations may be made to the Alzheimer's Association, 4 Pine West Plaza, Ste 405, Albany, NY 12205.