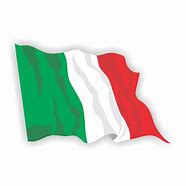 Schenectady – Salvatore J. Bonafede, 89, passed away Monday November 18, 2019 at The Fulton Center. Salvatore was born October 26, 1930 in Isnello, Sicily to the late Giacomo and Maria Monteleone Bonafede. “Totuccio”, as he was known to family and friends in Sicily, immigrated to the United States in 1950. One of his proudest moments was attaining United States Citizenship in 1954.

Salvatore was a loving husband, brother, uncle and cousin as well as a loyal friend and an astute businessman.

He attended Siena College studying Modern Languages and later graduated from the Northeast Broadcasting School of Boston, Massachusetts in 1956.

He managed several Endicott-Johnson shoe stores in Schenectady and Rotterdam in the 1960’s and was later quite successful as the owner and operator of the Eaker-Callery Shoe Store in Johnstown, New York from 1972-1996, as well as that city’s  Tom McAn Shoe Store.

His passion was music. He played accordion, guitar and keyboards and was a member of the local dance band, The Musical Notes which entertained in numerous venues in the Schenectady area in the 70’s and 80’s.

He is most remembered as the long-time radio host of the Italian Hour which could be heard Sundays on WSNY-AM in Schenectady and WSRD-FM in Johnstown. He hosted the popular Italian music and entertainment program from 1959 to 1998 and was a respected personality in the local Italian-American community. He received numerous awards and accolades for his success in promoting Italian culture, language and music throughout the Capital District. He was a member of the Rotterdam Elks #2157.

He is survived by his wife of 65 years, Louise (Cirillo) Bonafede. He is predeceased by his parents and a sister, Maria Anna Bonafede Monteleone of Cefalu, Sicily. He is survived by thirteen nieces and nephews in Sicily, the Netherlands and the United States and several cousins residing locally.

The family wishes to thank the dedicated and skilled staff of the Fulton Center in Gloversville, New York for their professionalism and selflessness in caring for Salvatore and his wife Louise.

A calling hour will be held Monday from 9-10 am at DeMarco-Stone Funeral Home 1605 Helderberg Ave., Rotterdam.

A 10:30 am Mass of Christian Burial will follow at Our Lady Queen of Peace Church 210 Princetown Rd., Rotterdam.

Burial will be in St. John’s Cemetery, Schenectady.

To send flowers to the family or plant a tree in memory of Salvatore J. Bonafede, please visit our floral store.