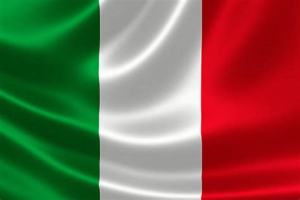 He was born to the late Francesco and Angelena D’Amico on April 18, 1944 in Schenectady and married Maria Liparoto, the love of his life on August 17, 1969.  They lived together in Rotterdam for over 50 years.

John was an electrician, retiring from the State of New York in 2003.   He was also a skilled mechanic, plow and heavy equipment operator.  A “jack of all trades”, he was often seen tooling around Schenectady in his dump truck.

His legacy is the love he had for his wife and daughters and he was passionate about taking care of them.  He loved to tell jokes, celebrated Christmas as Santa Claus, and enjoyed recounting the way in which he met and married his wife Maria in Italy 50 years ago.

John is predeceased by his sister Rosalie D’Amico and survived by his sister, Marie Rhinesmith and brother, Anthony D’Amico (Jeannie), both of Rotterdam.  He is survived by 2 children: Anna Maria D’Amico of Rotterdam and Francesca D’Amico-Bailey (Michael) of Duanesburg.  He is also survived by 5 grandchildren: Jack, Emma, Santino, Michael, and Nicolai as well as many nieces and nephews.

Calling hours will be held on Thursday, from 4-7pm at the DeMarco-Stone Funeral Home, 1605 Helderberg Avenue in Rotterdam. Funeral services will promptly begin on Friday morning at 9:45am at the funeral home and will be followed by a funeral mass at 10:30am at Our Lady Queen of Peace Church, 210 Princetown Road, Rotterdam.

To send flowers to the family or plant a tree in memory of John L. D'Amico, please visit our floral store.